With more than 500 people in attendance, St. Joan of Arc’s Annual Auction Gala was quite a joyous and festive celebration.  Held at The Polo Club, Boca Raton on December 9th, 2016 the theme for the evening was “White Christmas”. Parishioners, families and friends all enjoyed the excitement of both a silent and live auction which fundraising proceeds directly benefit the school and the programs of the church.

“The generosity of spirit and the joyfulness of community shown by those in attendance was an unbelievable symbol of the true meaning of Christmas!” stated Monsignor Michael D. McGraw, SJA Catholic Church & School Pastor.

St. Joan of Arc also recognized the 2016 Auction Co-chairpersons, Dr. & Mrs. Charles Toman and Mr. & Mrs. William Blade ESQ and extended their sincerest gratitude for their continuing support and dedication. Special thanks were also extended to all the benefactors, contributors, volunteers, families and friends for their generosity and support in making this a most successful event! 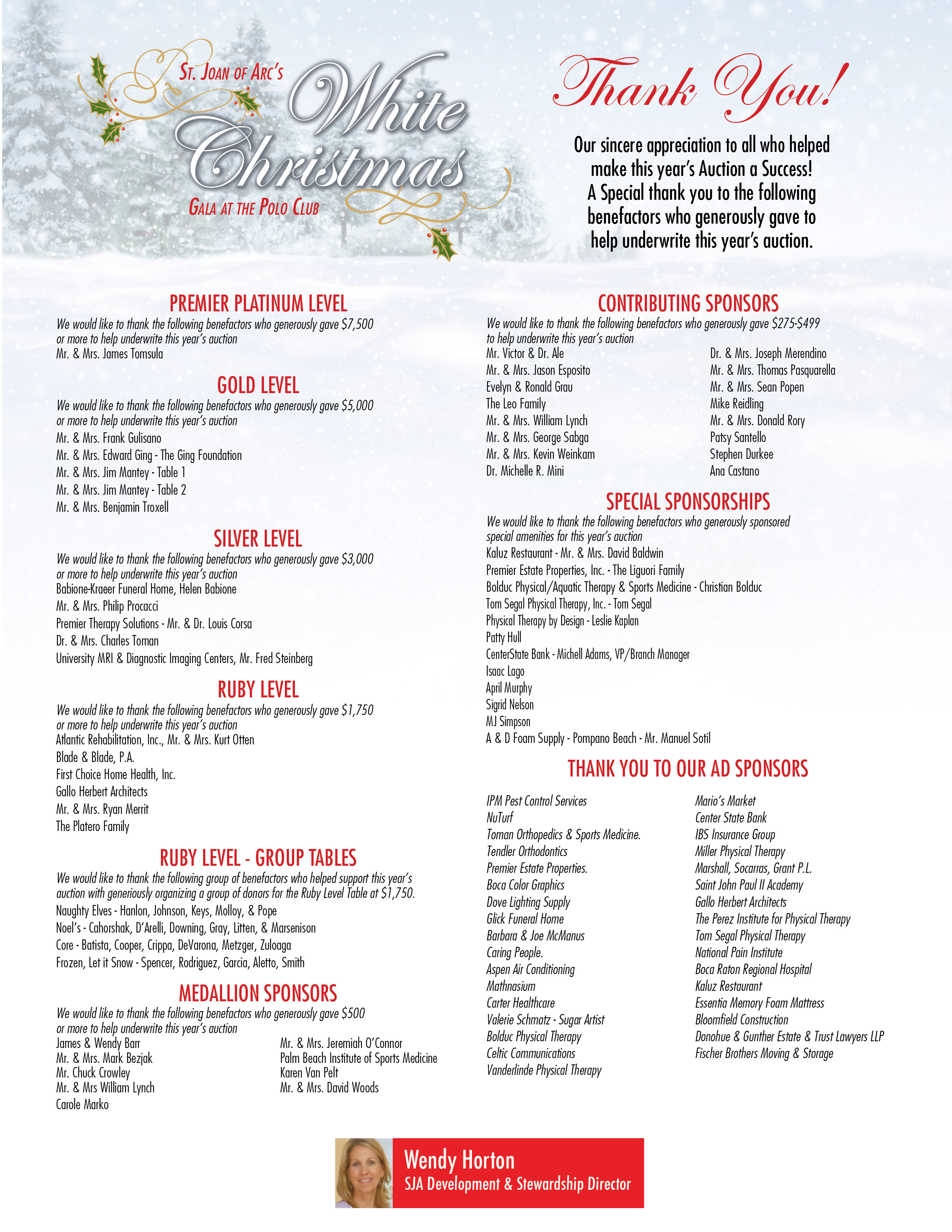